There is an ongoing mystery as to why Spurs (now demolished) ground was always referred to as 'White Hart Lane'.

​There could be a very simple explanation.  Bobby wasn’t just one of the founders of the Hotspur football team, he was at the centre of every major moment in the development off the field during the first twenty years of the club's existence. He was at various times Club Secretary, Treasurer and was elected as one of the first directors when the Limited Company was formed in 1898.

He carried out all these duties from his home; White Cottage, 7 White Hart Lane, and this became the first official recorded address of the Club.

This arrangement was formalised to the extent that letter-heading for THFC was printed and used for all official communication. The ground behind the White Hart pub didn't open until 1899. The Club were already known as Tottenham Hotspur Football Club, White Hart lane. Copies of letters sent by Bobby Buckle from 'White Hart Lane', the Club's address  still exist!

It is logical to suppose that as the postal address was 'White Hart Lane', then that is what the ground became know as.

​This was probably re-enforced by the close proximity of the ground to the Postal address. The new stadium will be even closer to Bobby's old home, and to the original address. 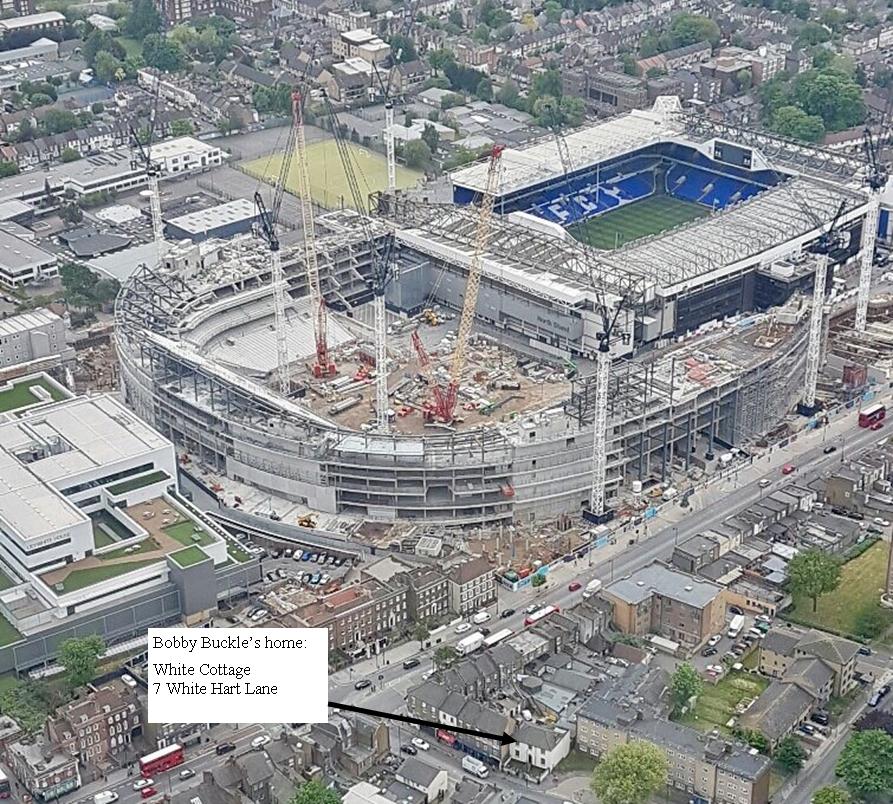 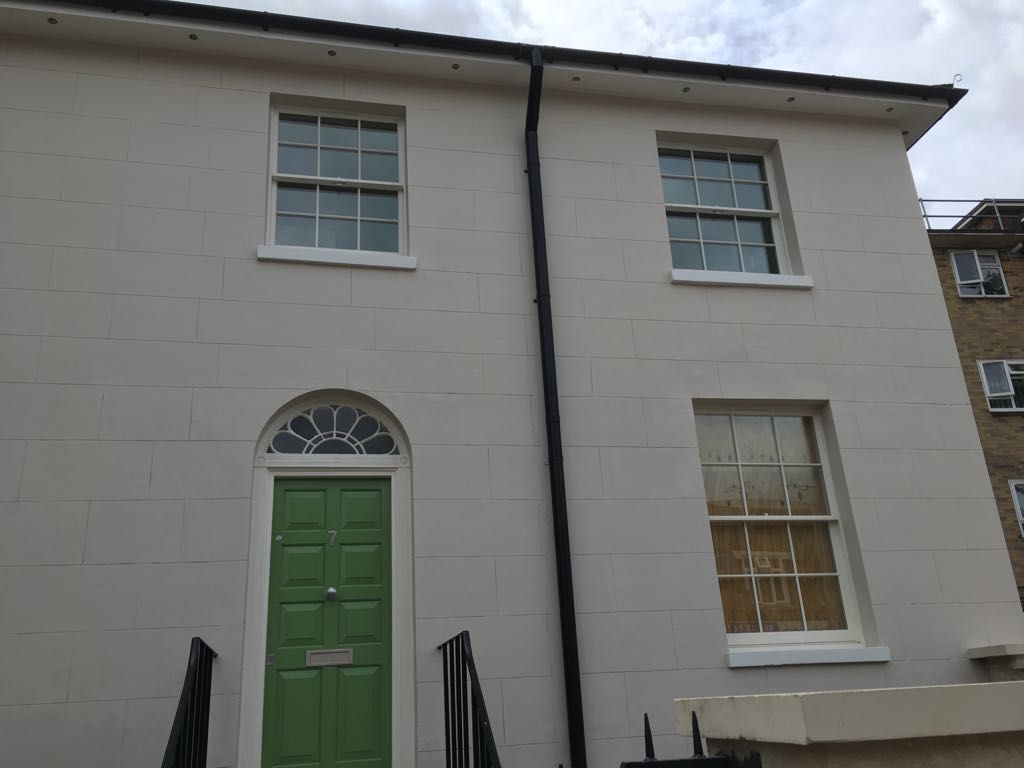 This is why we want the location, and Bobby Buckle's influence on the Spurs, recognised, by placing a Blue Plaque on his old home.

Haringey Council, the authority with responsibility for the North Tottenham Regeneration Initiative , have renovated the White Cottage frontage and the image below shows how well this work has been done, a real credit to Tottenham.

And the image below shows the latest picture of the new stadium, which seems to be almost being built in Bobby's back yard! 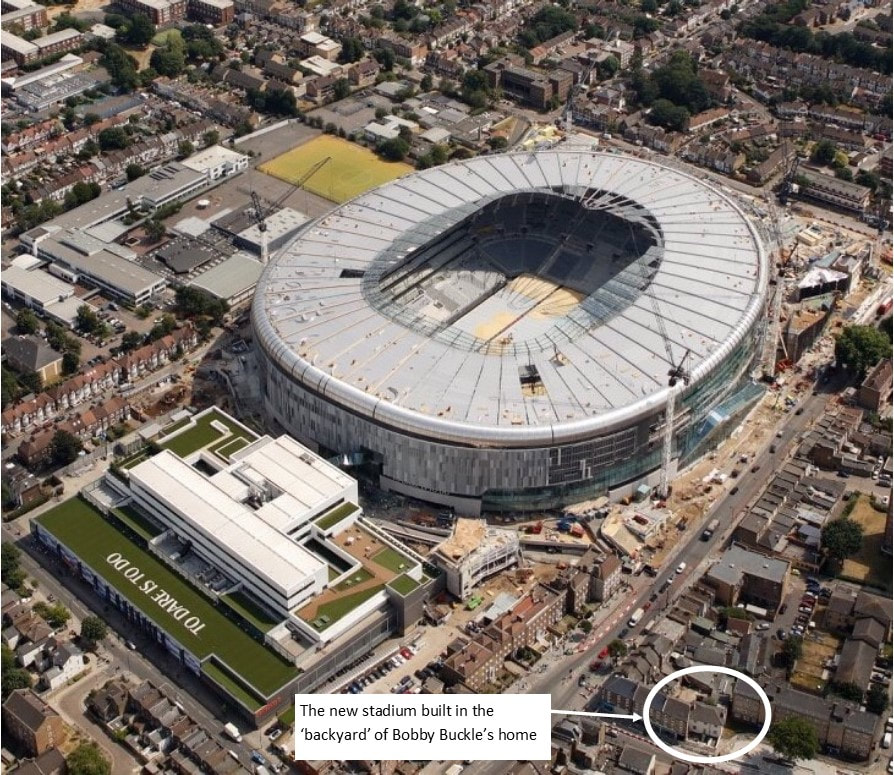