​Our thanks to all those Spurs supporters who took part in the golf day on 27th September to promote the Blue Plaque campaign.

The event was hosted at Chigwell Golf Club and we had over 40 players plus other non-playing supporters.

​We enjoyed a round of golf, a lunch and raised £764 for St Clare Hospice with a raffle and auction of Spurs related memorabilia, which included some images from Bobby Buckle's wife's personal scrapbook from the late 1890s and a football signed by the 1981 cup winning team .

The prizes were presented to the winners by none other than that great Spur Graham Roberts, who has been a strong supporter of our campaign over the past couple of years.

Below is the Best Team of the Day: Alvin Harris, Bill Taylor,  Richard Barber and Vic Clarke.​ 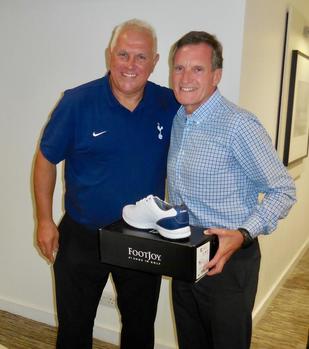 
​Tottenham Hotspur kindly donated a pennant signed by the first team squad to be included in the auction. A brilliant memento of the day for the winning bidder Bill Johnson presented by Committee member Barry Middleton . 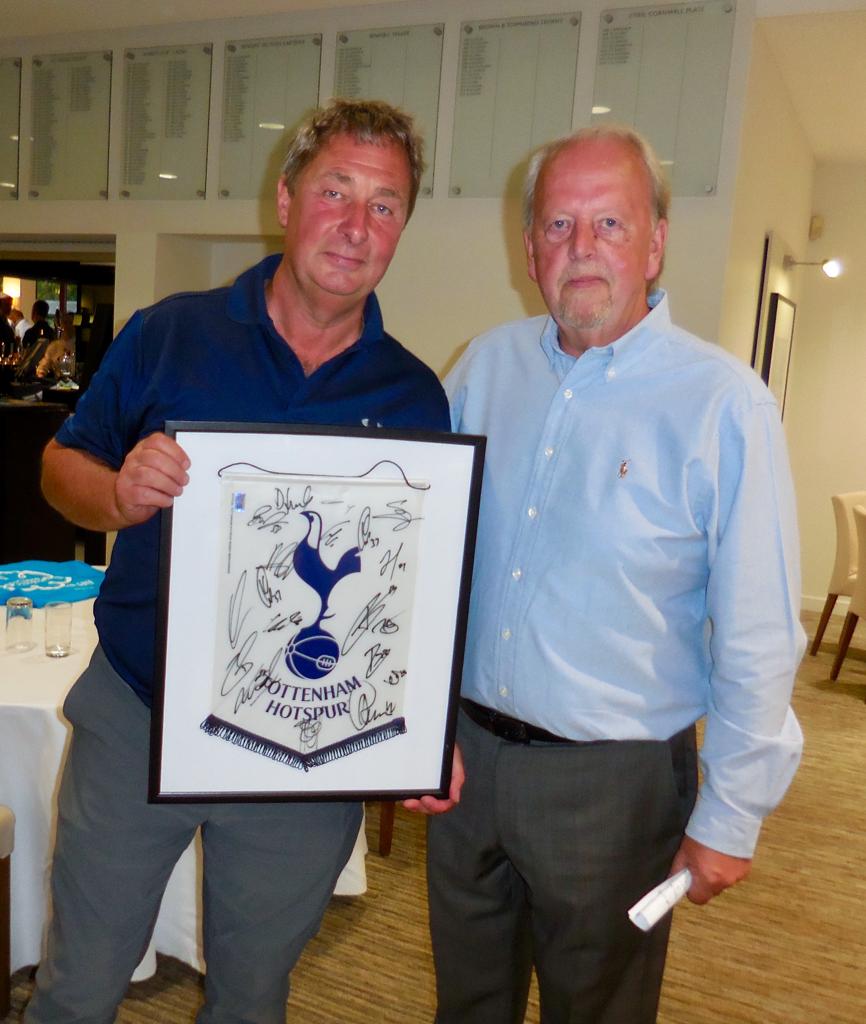